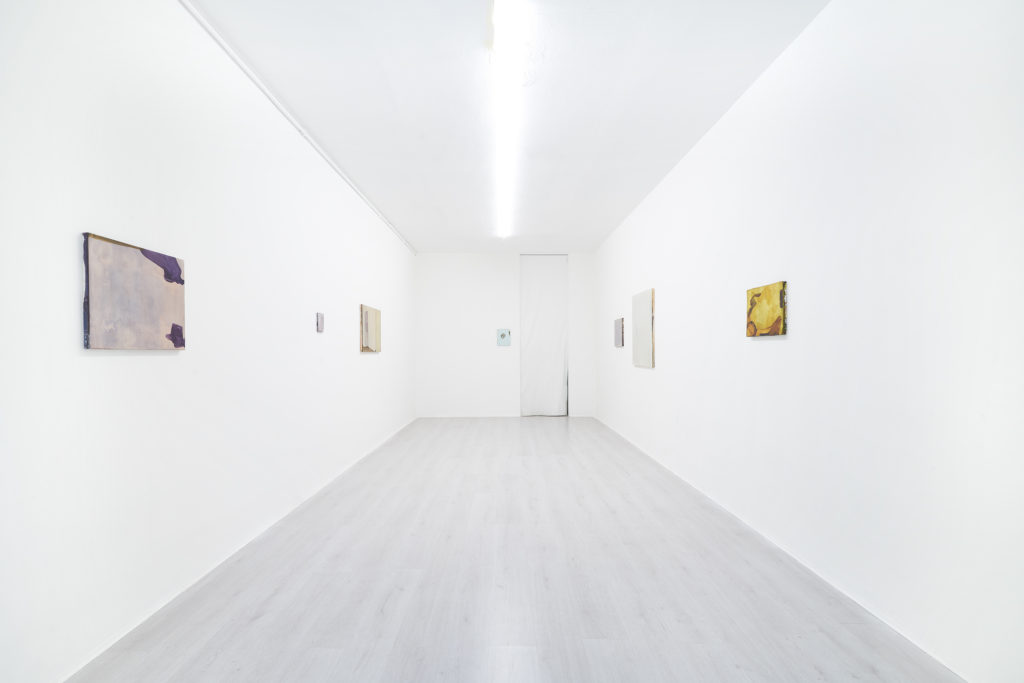 A+B Gallery is pleased to present new and recent works by Markus Saile, on view in 20a Gabriele Rosa Street in Brescia, Italy from Saturday December 7th, day of the vernissage. This marks the artist’s first solo show with the gallery, following his recent exhibition at A+B’s Art Verona fair gallery booth.

In Markus Saile’s work, the constant shift of sizes plays a central role. Like the different forms in his paintings communicate each other, sometimes transcending the edges of the picture, the works themselves create assemblages that relate to the exhibition space. Thus, they enable an interaction with the viewer which Baptist Ohrtmann describes as follows:

“In a certain sense, Markus Saile’s works display soft pictorial spaces. One could say that the power relation between art object and gaze is newly ordered within them. They show uniform, but also fractured compositions, which refuse the viewer a definitive, self-contained image. They seem to represent something—spaces, landscapes, affects—while, at once, disguising their representative function. They close themselves off in order to display themselves to the viewer again and again in an act of evocation. While they initially have a calm and muted effect, this comes to harbor a complexity when the viewer is made less certain of his visual access. He shifts between image and frame, gesture and architecture, detail and whole, view in and at the image. The works generate a kind of flickering of perception – an open instability. In this way, they are never entirely present. But their reservedness and absence is uncynical; there is no grammar, message, or ideology hidden beneath them. They know no better than the viewer. And the viewer knows no better than the works.“