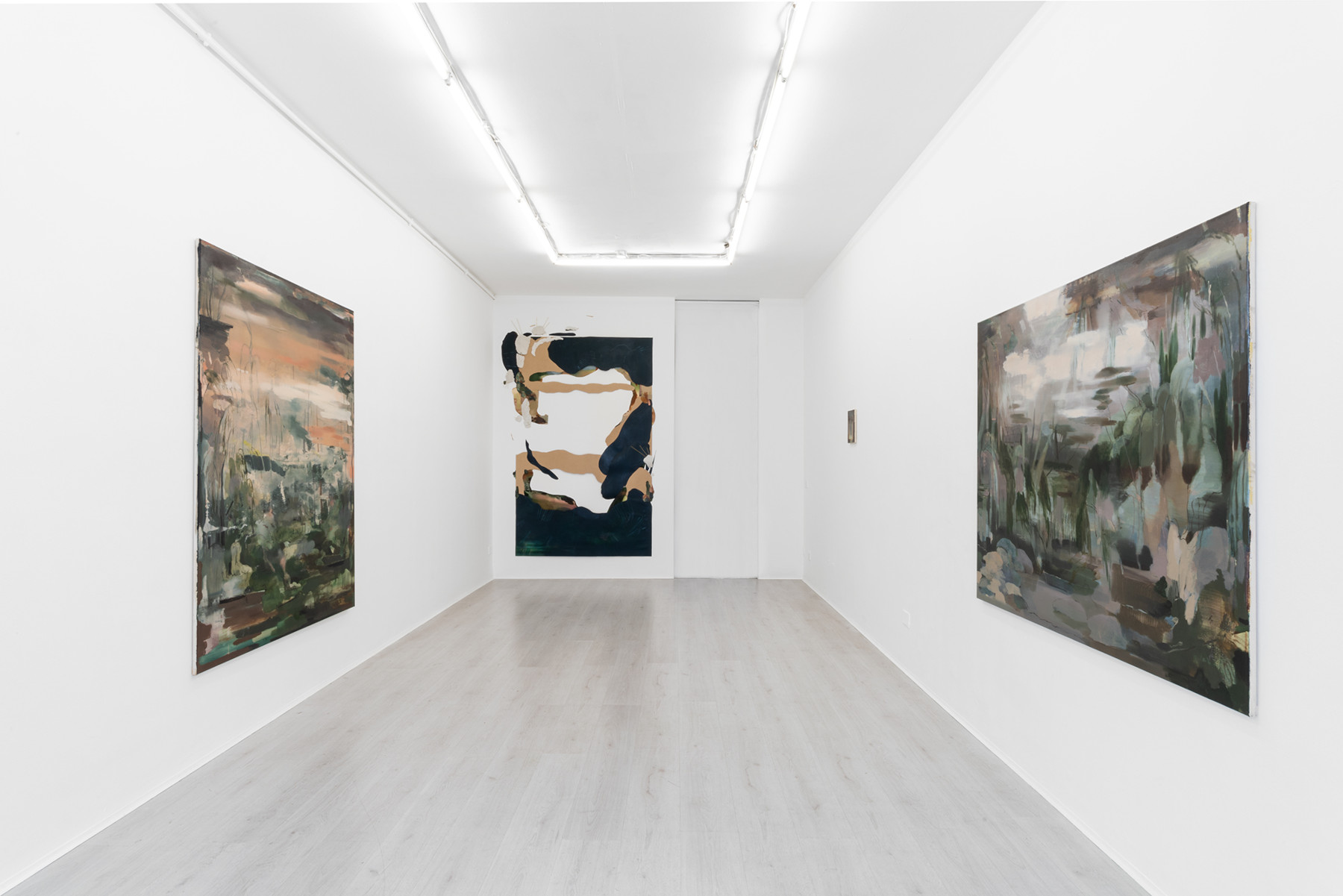 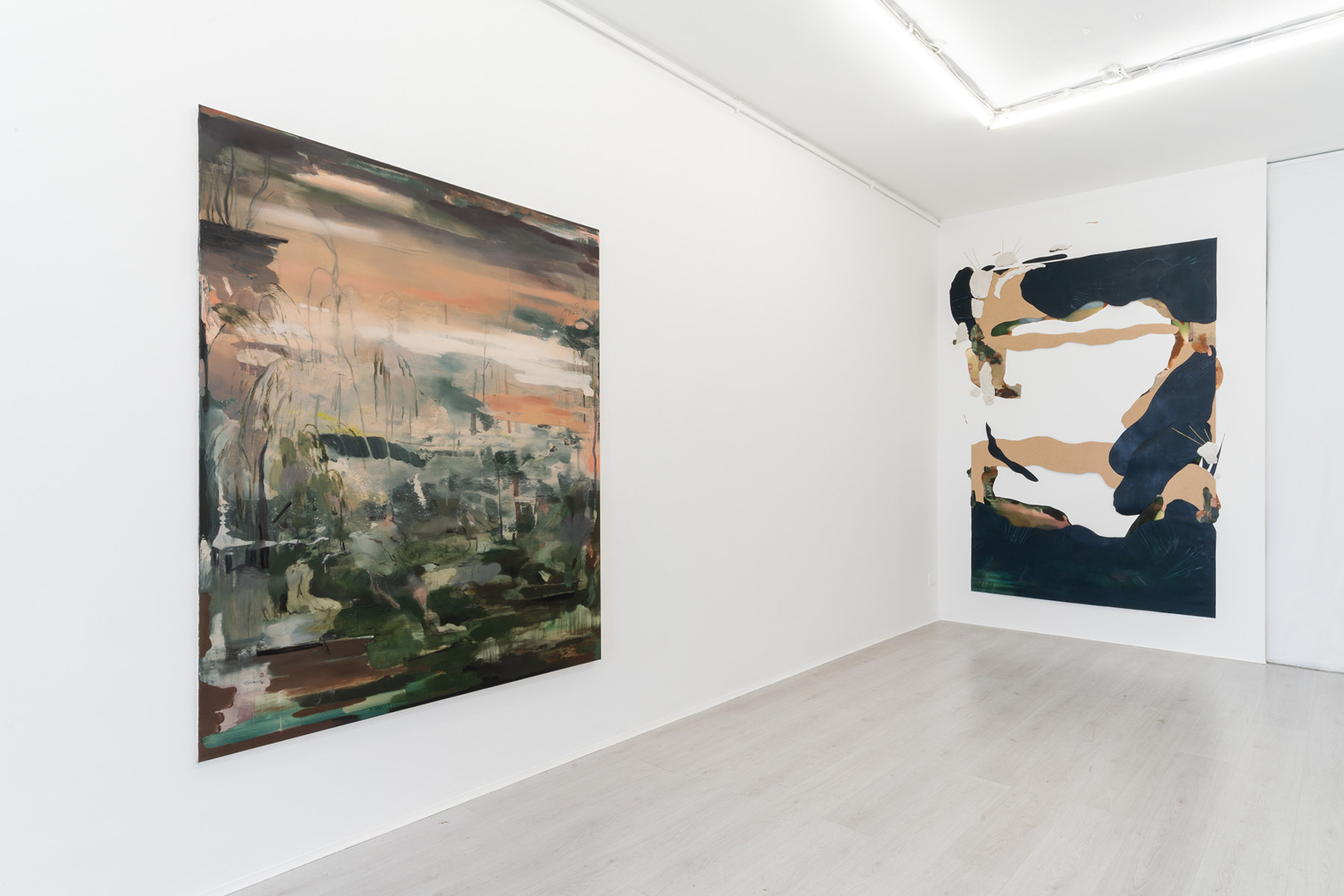 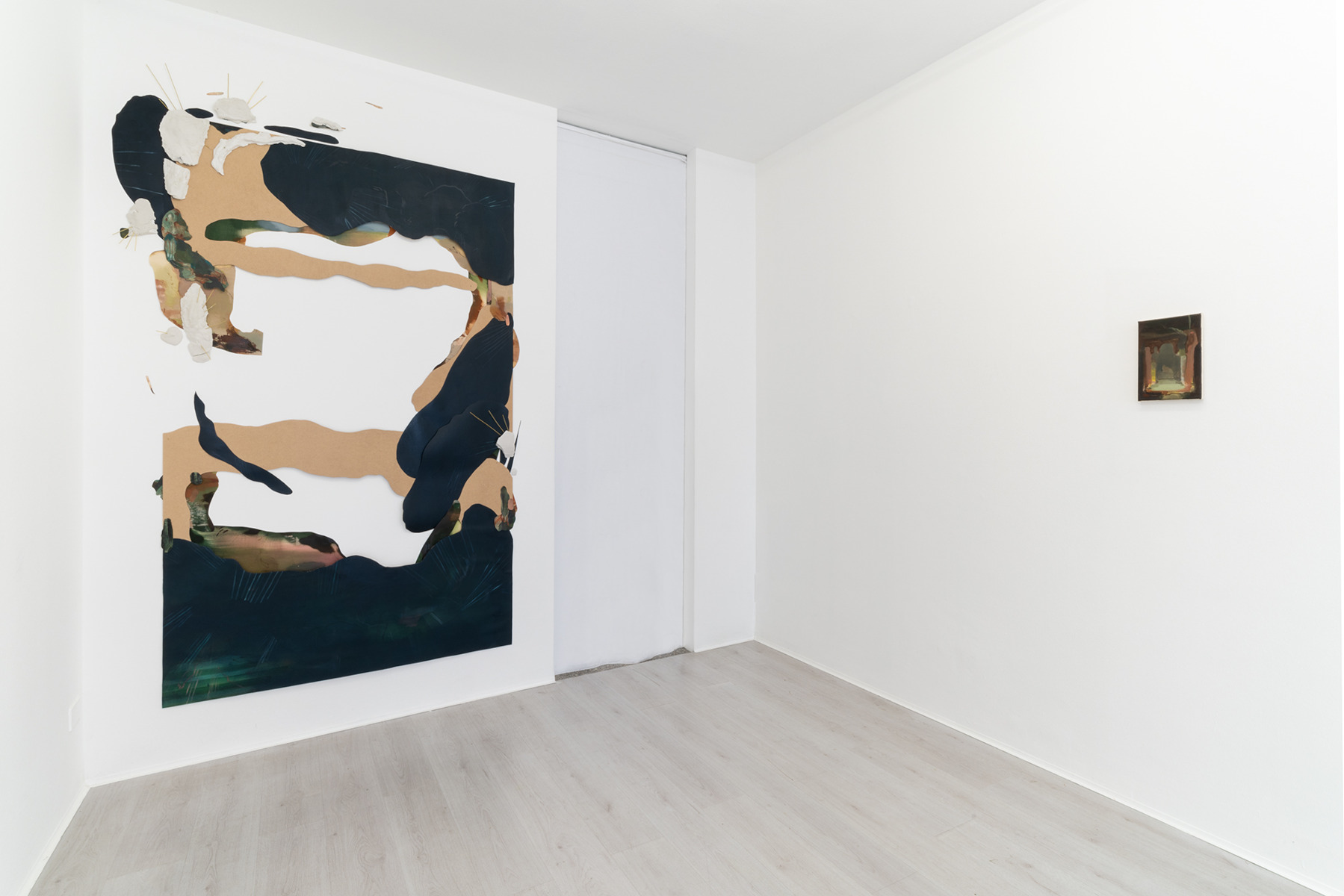 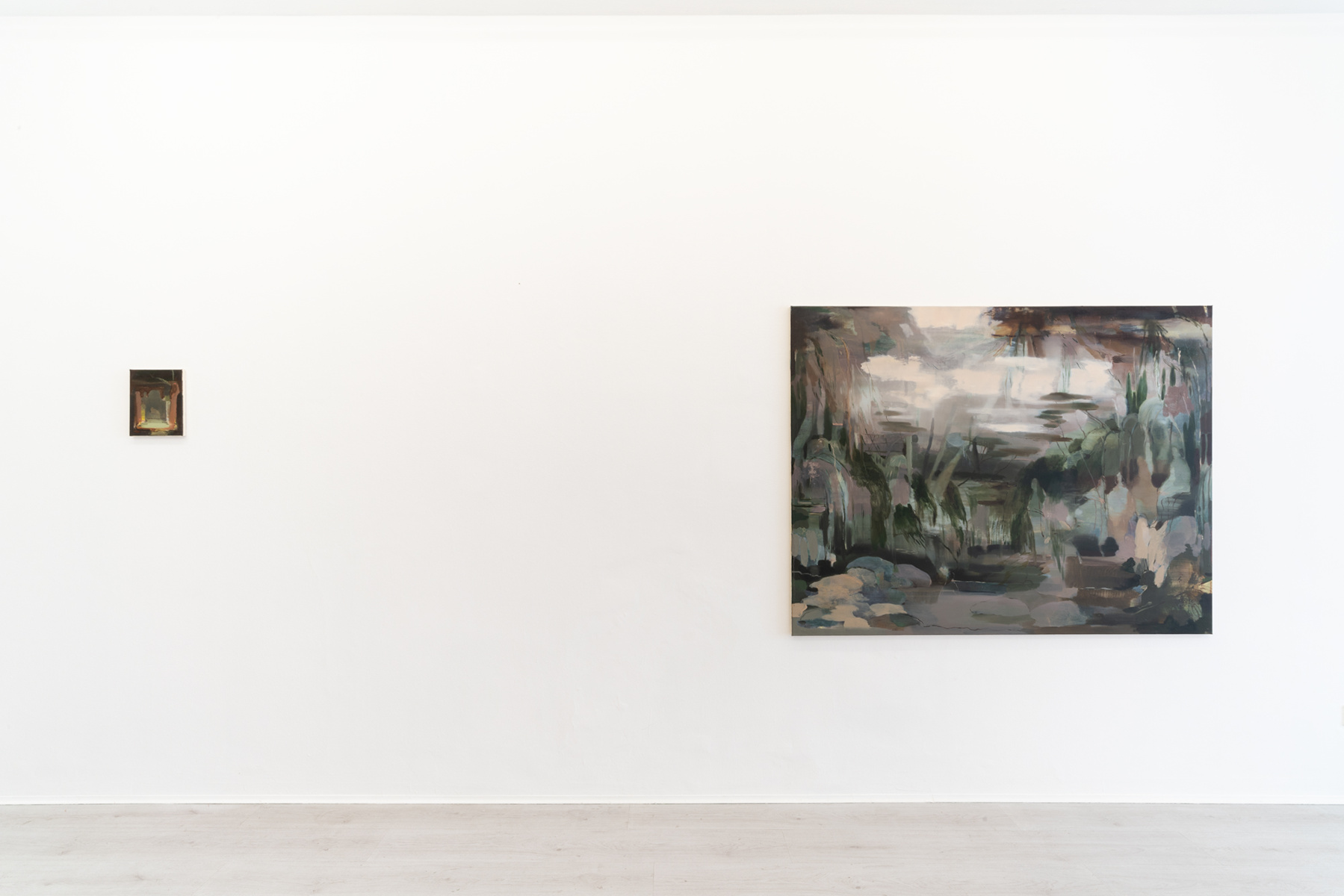 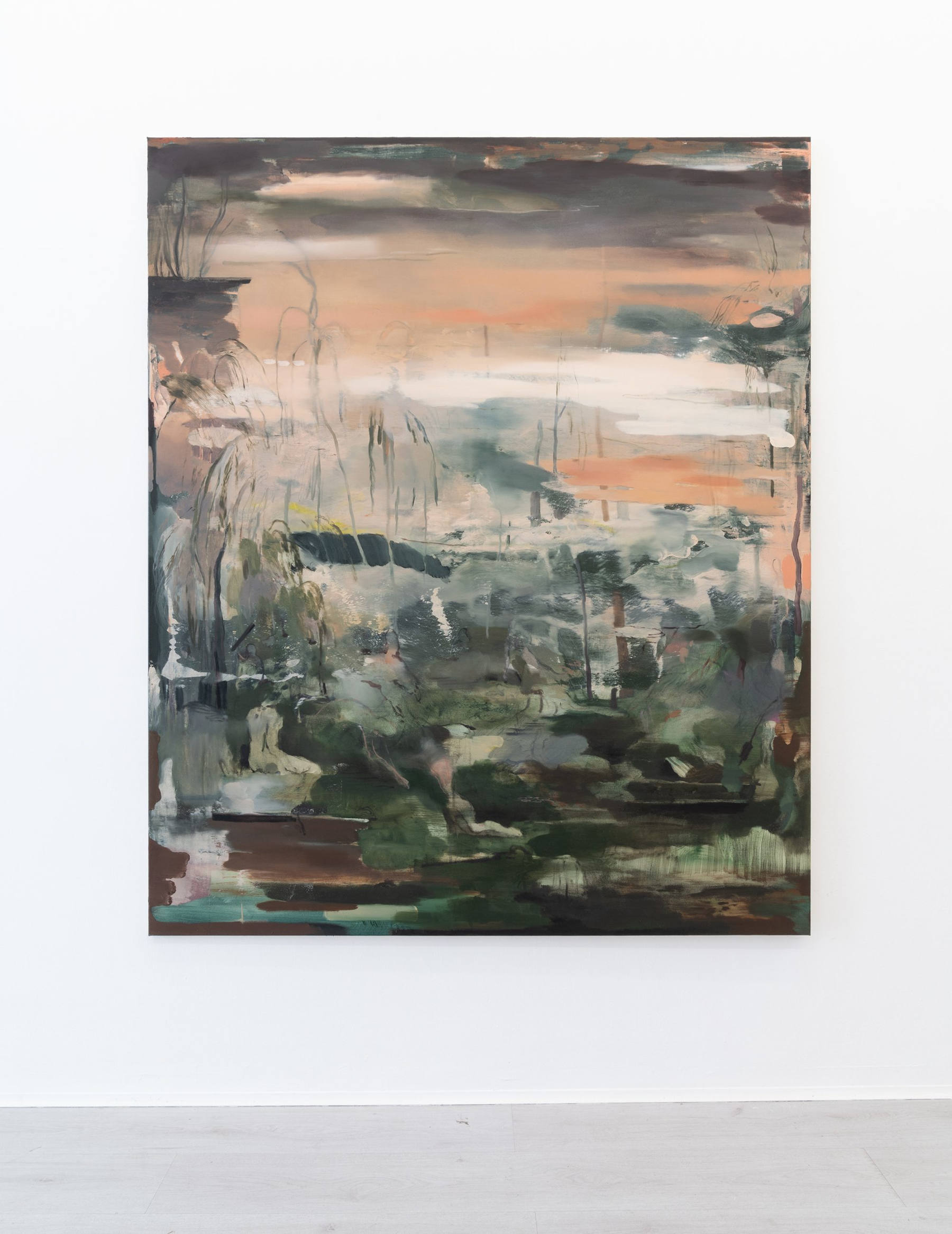 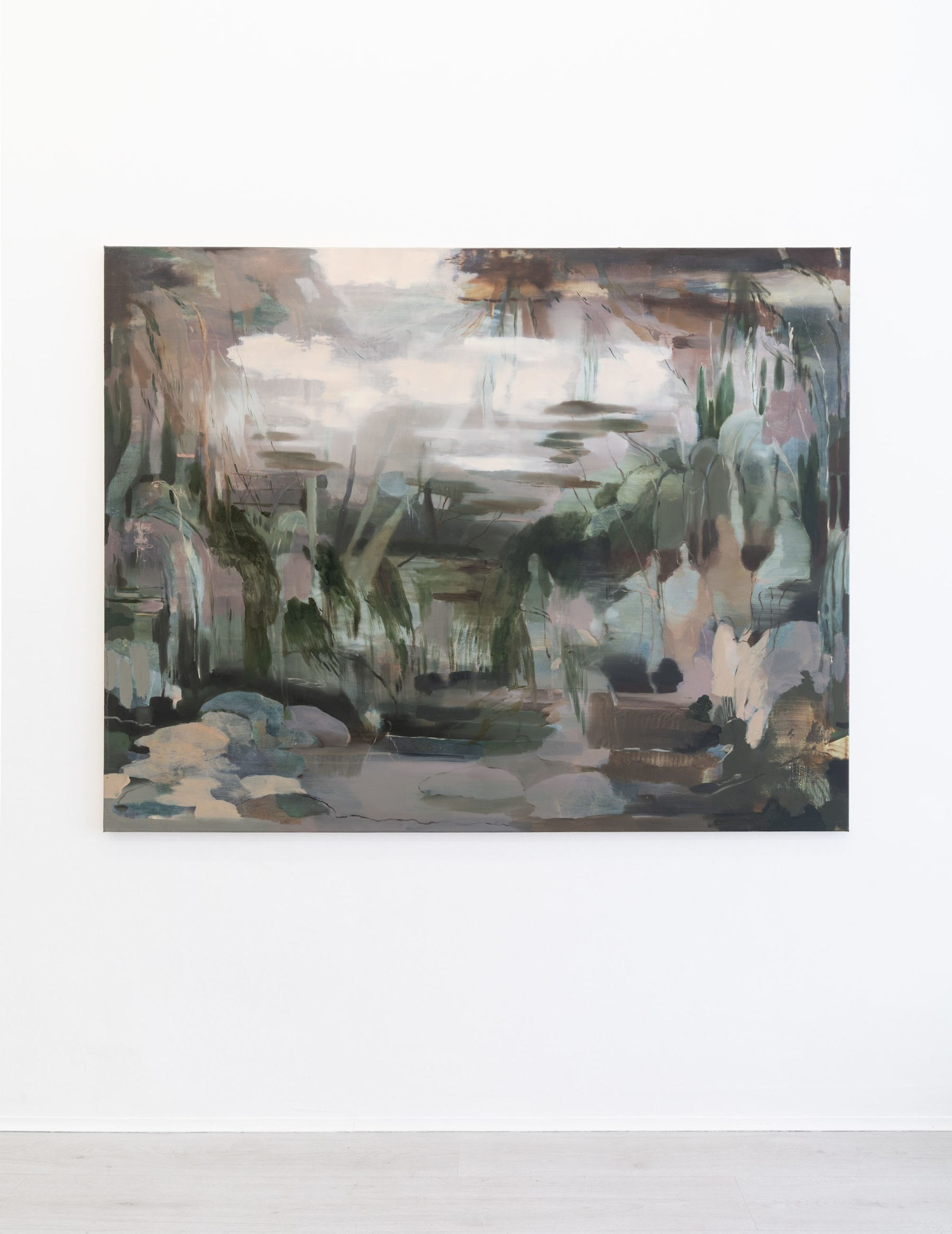 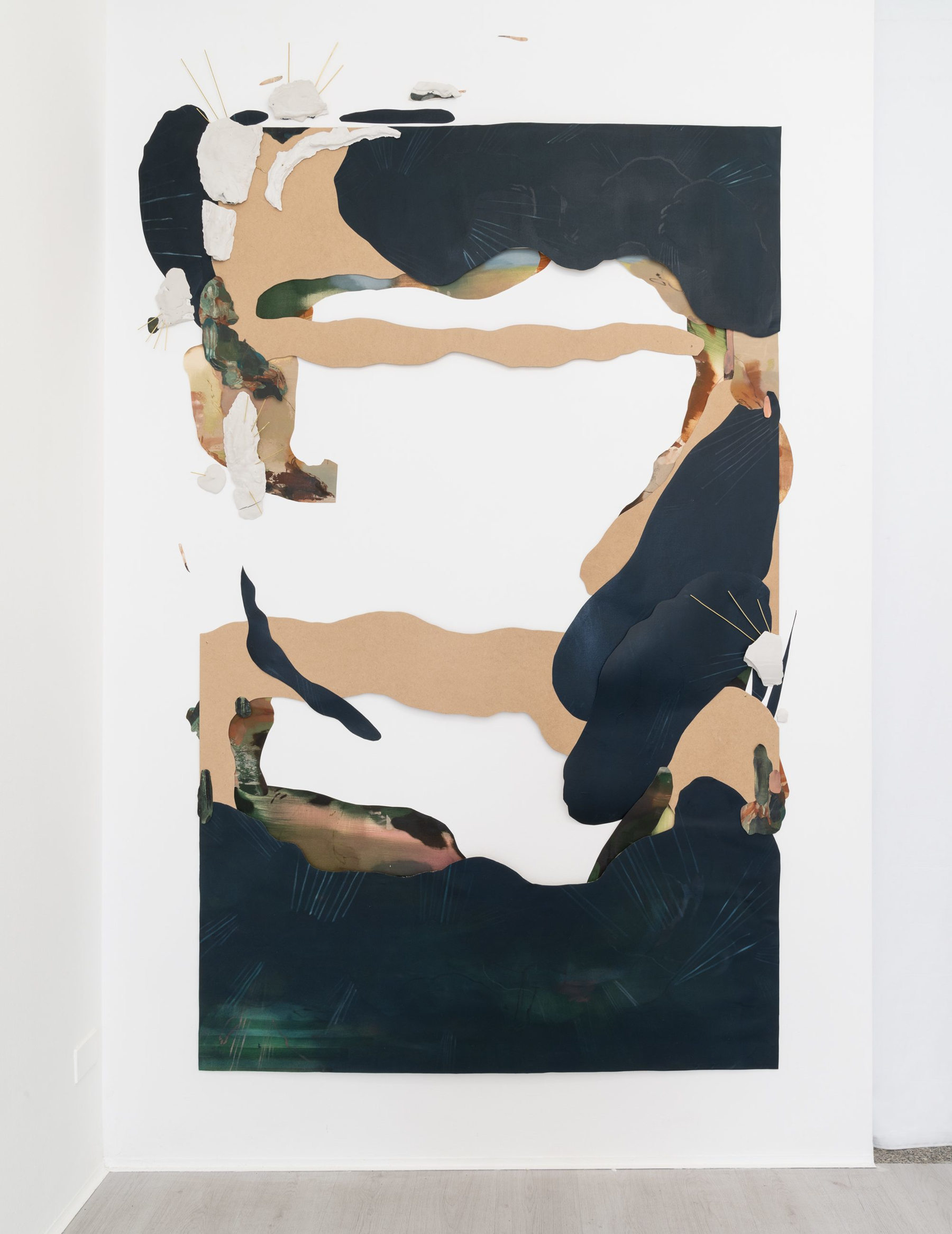 For “Unterwasser” (translated “Underwater”) the artist arrives at the exhibition after a long period of research on the landscape theme. In it the artist finds the natural subject to place oneself in a middle territory where she reformulates the obsolete categories of figuration and abstraction.

The recent paintings have been defined by Davide Ferri as “characterized by swirling atmospheric coagulates, discontinuous rhythm of gestures and brushstrokes that may be quick and wide, heavy or light, continuous and syncopated, liquid or solid (as if more than a coherent and organic organization space a map of forces, the paintings were sample swathes of actions and gestures that incessantly reveal the steps in their internal processes and the movements of the body at the front of the painting, or the painting itself, which may be painted vertically but also – in certain moments – horizontally), Poli Maramotti’s works are permeated by a centripetal energy that brings the forms and figures (among which, those that may most easily be ascribed to the real word: male and female presences, rocks, plants, trees, hills and valleys) to develop and concentrate at the edges or along the bottom as if some force of gravity were dragging them down below the bottom of a very low horizon, a thickening (of figures at the edges) countered by greater volatility in the central space capable of enlivening images that open like stacks of clouds in a corner of a limpid blue sky.”

Nazzarena has just concluded a solo exhibition at the Academy of Nuremberg, for which her monographic catalog was published with a critical text by Davide Ferri and an interview by Susanne Kühn.