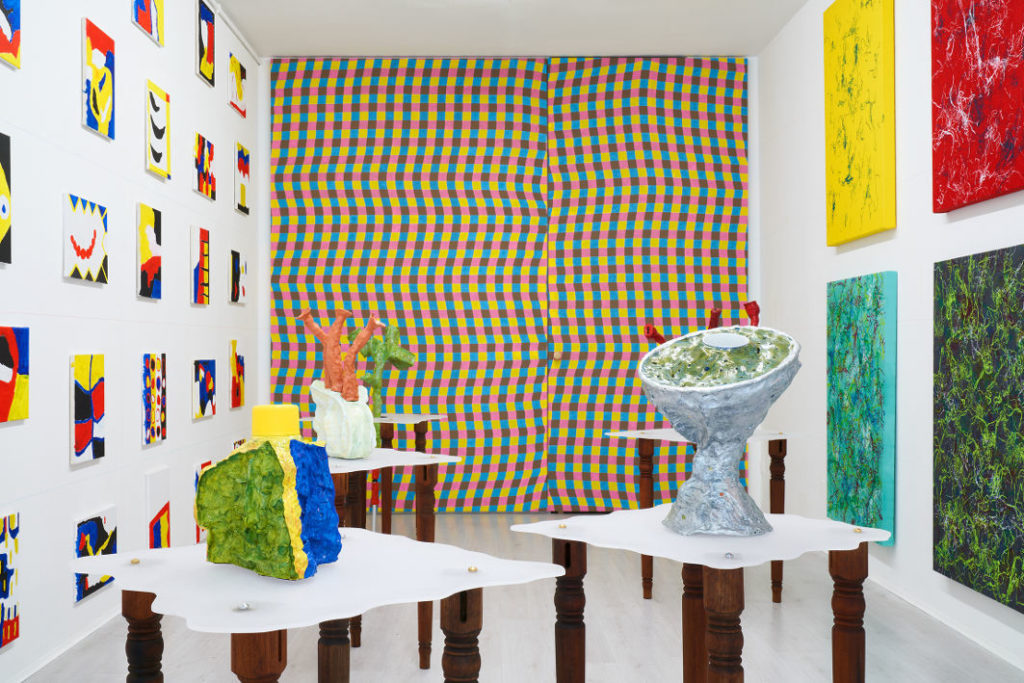 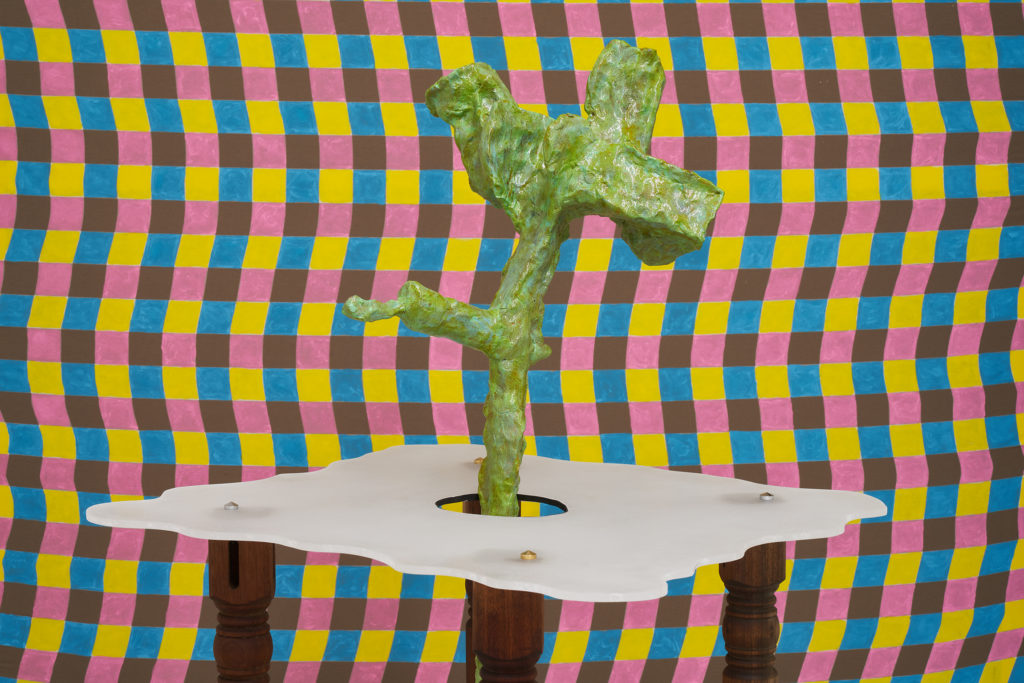 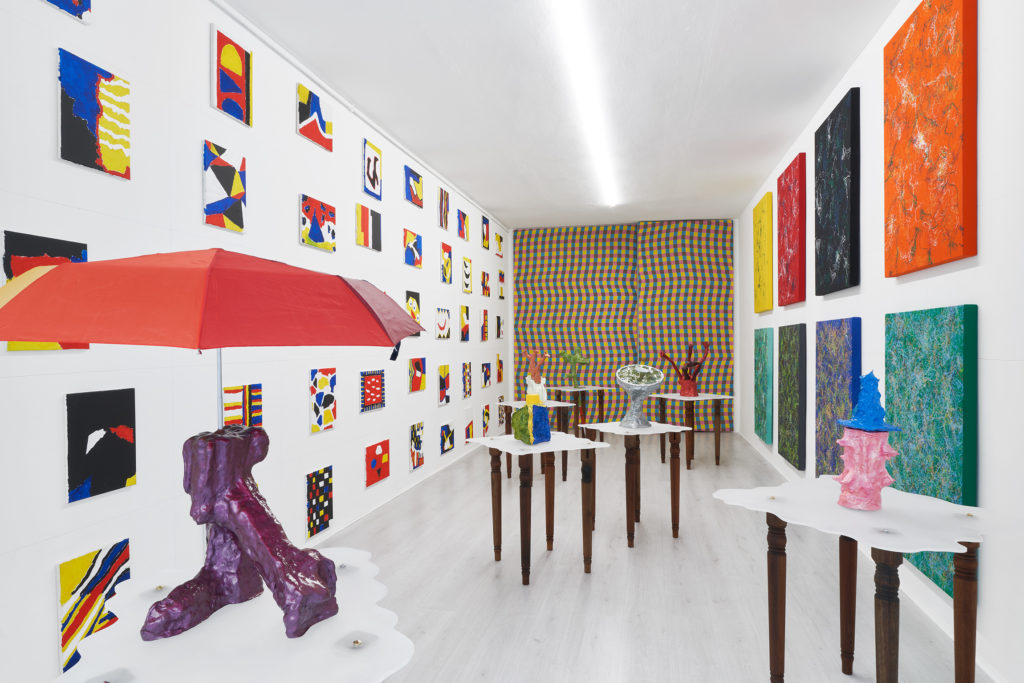 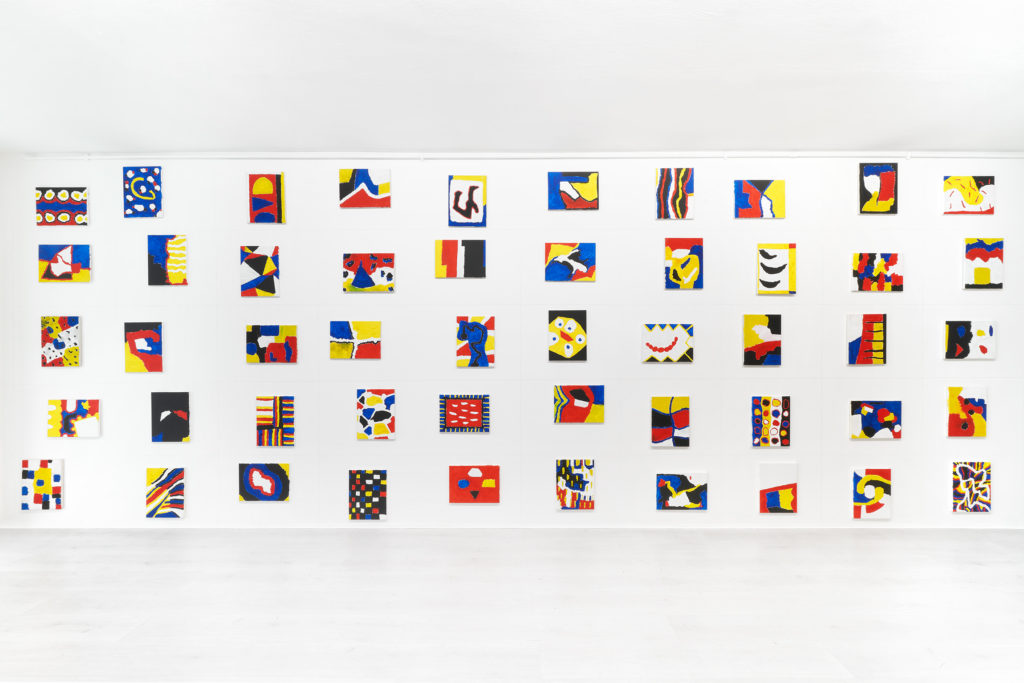 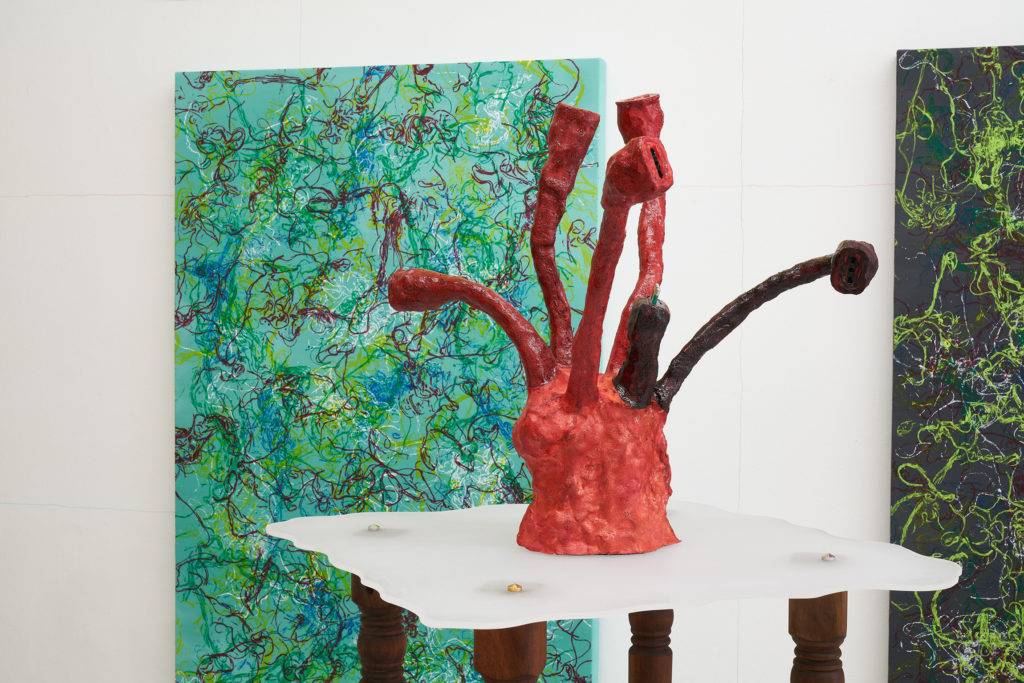 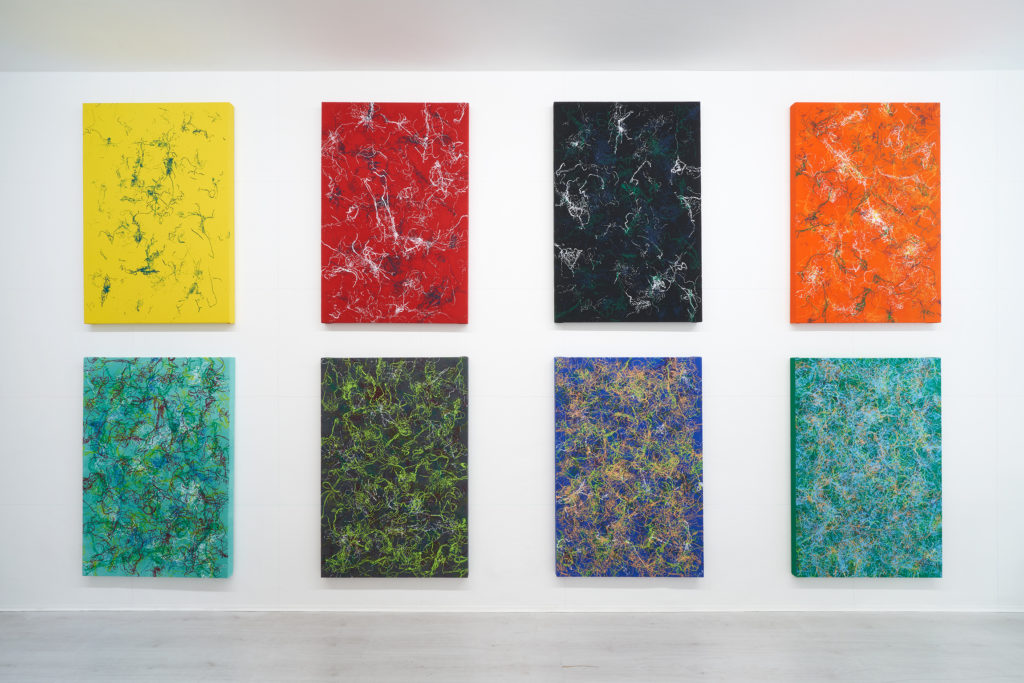 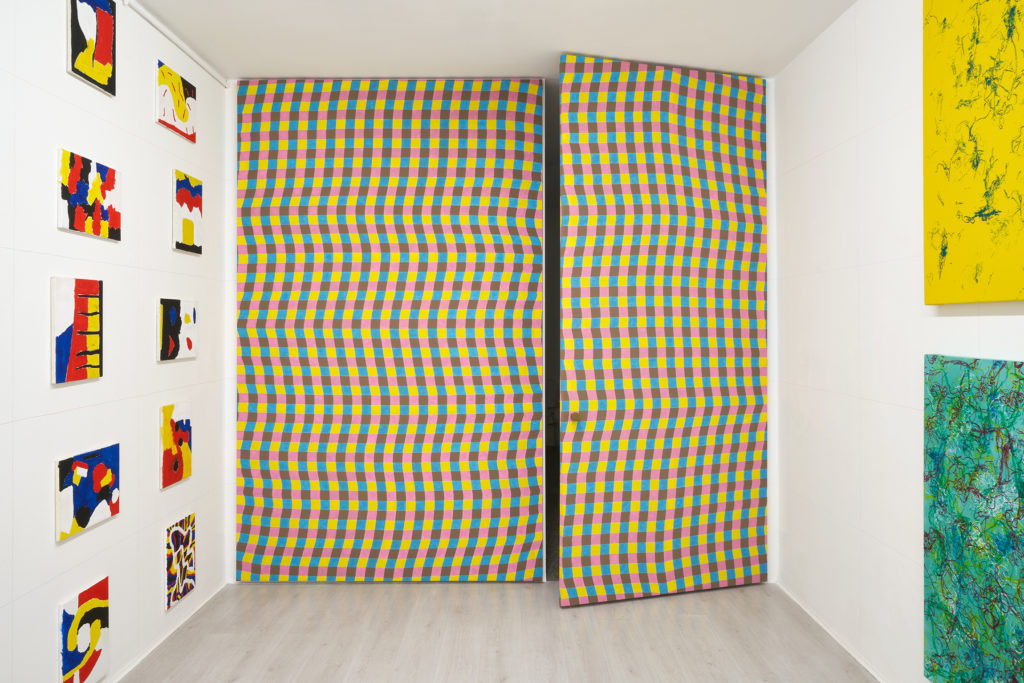 “Toys Are Us” is Davide Mancini Zanchi’s fourth solo exhibition at A+B gallery. The show opens Saturday, October 19th 2019 at 6.00 pm.
The daily flow of ideas is Davide Mancini Zanchi’s practice that have the center of interest the definitions of painting or sculpture. Zanchi’s acts have usually an intrinsic paradox that involves social, anthropological and cultural mechanisms.
Zanchi’s dearest themes are the definition of the aesthetics of the pictorial or sculptural medium, what the definition of beauty implies through the production of artworks and how they are able to involve individual. In the same time Zanchi is interested how individual determines the artworks status and why individual lives the contradictions that animate them. The artist is also interested in the position of the artworks in the complexity of relationships in the specific production industry of contemporary art.
“Toys Are Us” because the distribution toys brand with his claim defines the essence of the place itself. “Toys are us” would be translate in the gallery context as “We are art” defining the status of artworks of the objects that are within it: Zanchi in this exhibition, and as often happens in his work, moves in the territory of the question of “what is object” and “who is subject” in art, who is defined and who defines. He stages a role play that opens at aesthetics, existentials and social implications.
The gallery will be full of works belonging to 4 different series: the pictorial sketches of the ugliest painting in the world; new sculptures of the potentially usable works / object series; a new version of the paintings executed with printed textiles (tablecloths) which will become a theatrical scenery flat for the gallery; a new series of pictorial works characterized by the contact technique.

Davide Mancini Zanchi (Urbino, 1986) lives and works in Fermignano (IT) Graduated in 2012 at Art Academy of Urbino. Since 2011 he has exhibited in numerous private spaces and public museums for personal and collective shows. In 2019 he has exhibeted with solo show at Otto Gallery of Bologna and at Societé Interludio of Torino; Galleria Nazionale delle Marche in 2017 and Museo Fattori di Livorno in 2016. Recently group show are Contemporaneo Contempornei at AGI Verona, public collection of Verona University, Forme Instabili at Spazio Siena, Versus at Galleria Civica of Modena and Memorie at Villa Manin, both curated by Andrea Bruciati. Group show CIY, curated by Claudia Buizza and Pietro Giustina at Ville Belville, Paris; the end of residence exhibition Dena Foundation titled Primavera 3, curated by Valentine Mayer and Jane Koh. Zanchi is among the winners of Italian Council Competition for a recidence in Montevideo (Uruguay). He won “Premio San Paolo Invest” during the fourth edition of art prize “Città di Treviglio” in 2016, “Premio Lissone 2014” of MAC Lissone, curated by Alberto Zanchetta and “Premio Pescheria” of Centro Arti Visive Pesaro in 2011.