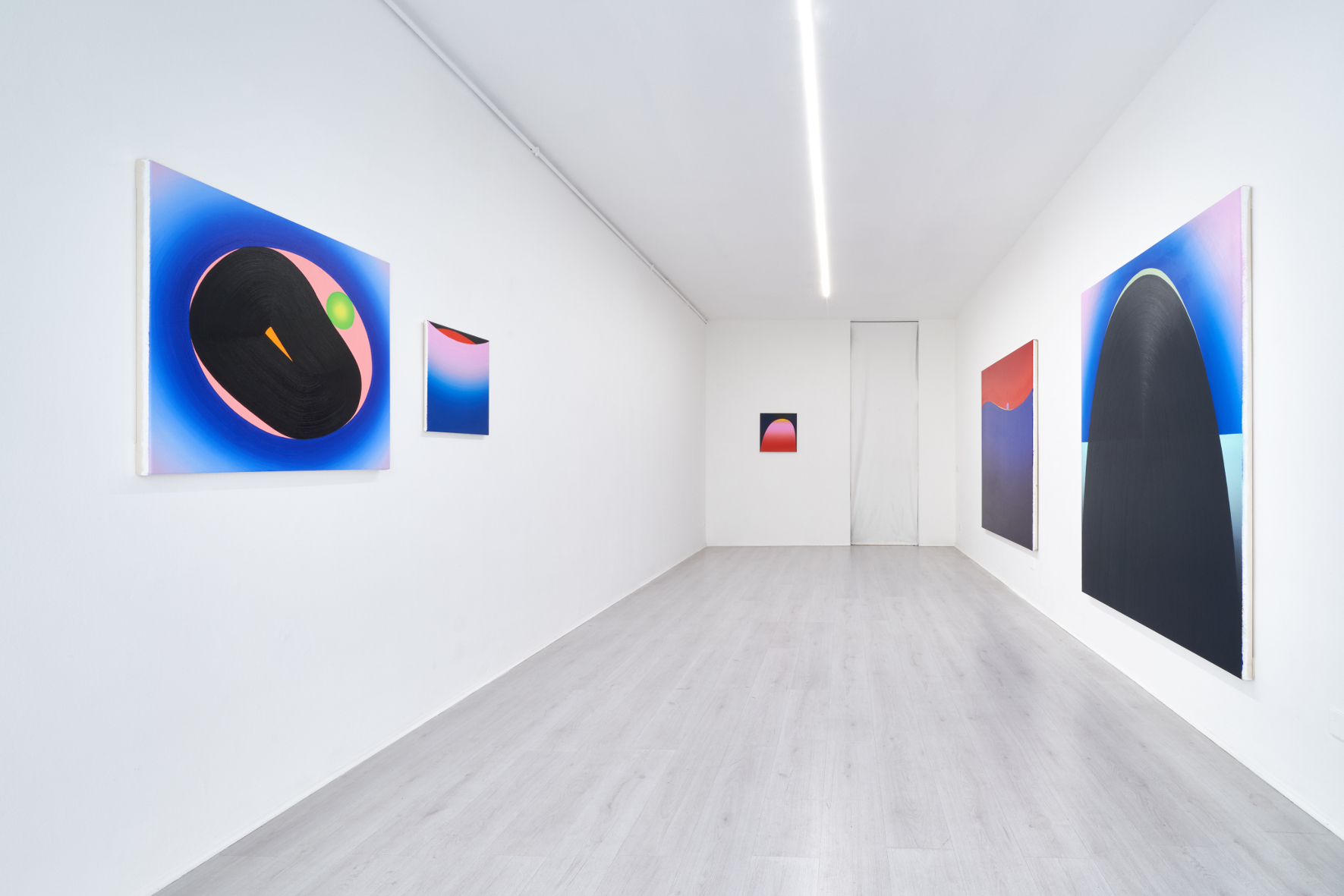 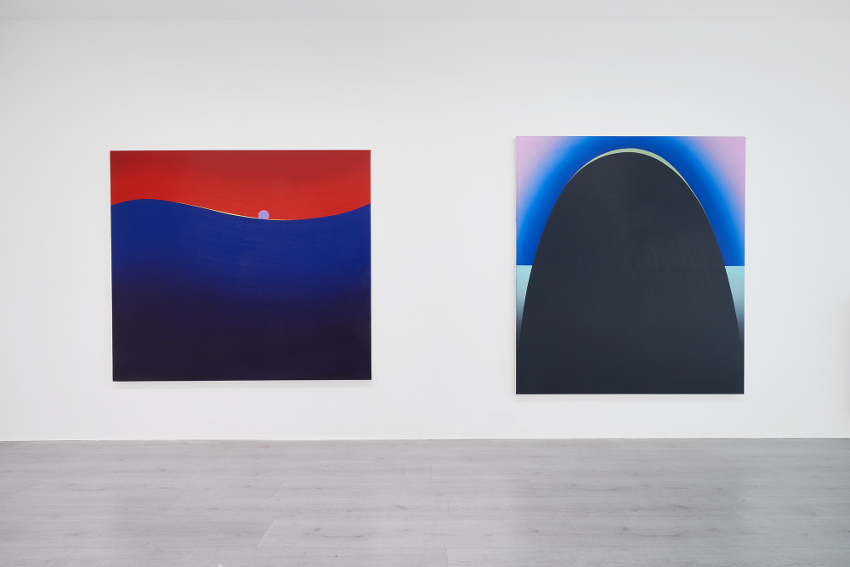 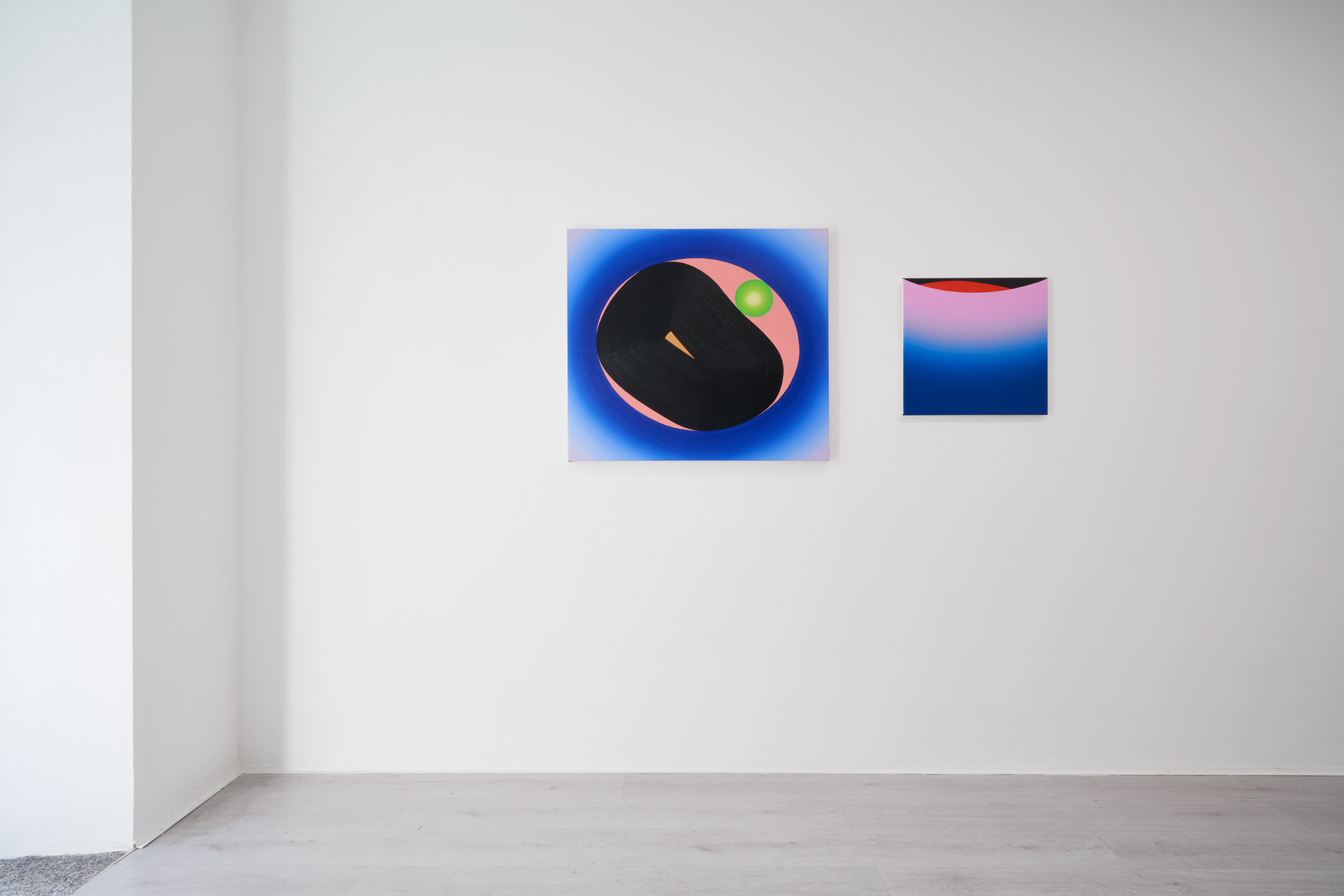 A+B presents the new solo show by Osamu Kobayashi, third solo show in gallery. Osamu Kobayashi’s painting (1984, Columbia, South Carolina, USA) is based on games of strength and balance in continuous evolution, an evolutionary process, a transformation based on the importance of the form and of the expanse which is the amplitude that is diffused and transmitted.

He has exhibited widely in the US and abroad from 2005 including a solo exhibitions at 701 CCA of Columbia in 2017, the Greenwich House in New York, A+B Contemporary Art in Italy, MAC museum of Lissone in Italy and John Davis Gallery in New York. He was recently awarded the Hassam, Speicher, Betts, and Symons Purchase Fund from the American Academy of Arts and Letters and is a recipient of the Morris Louis ’32 scholarship.

For Osamu Kobayashi the process of painting is a power struggle. He takes his paintings one way; they want to go somewhere else. And when they go somewhere else, he drags them in another direction. In the end, the paintings usually win. Kobayashi’s work is reductive in form, often compositionally centered, and employ a spontaneous and intuitive array of colors, shapes, and textures. Using these elements he creates visual dualities: chance vs. control, organic vs. geometric, warm vs. cool, large vs. small, etc.

Osamu currently lives and works in Brooklyn, NY and is currently a resident at the Sharp-Walentas Residency, NY. From February 2019 he will be resident at Lepsien Art Foundation in Dusseldorf, Germany for 6 months.